The Olde Towne Depot rests under the shade of trees lining the rails upon which trains currently pass and anchors the Olde Towne District to the east. Our story begins in the spring of 1831 when the State of Mississippi granted a charter for the construction of thirty miles of rail connecting the growing towns of Clinton and Vicksburg, with movement of cotton to the River City being of primary importance to the economy of the area.  Clinton’s historic record shows that multiple depot buildings were constructed and later replaced. In the spring of 1863, federal troops burned the first depot and destroyed nearby tracks. The July 1879 Hinds County Gazette reported that transportation by rail was active in Clinton with three trains passing through the town daily. Railroad agent and telegraph operator John Fox welcomed passengers arriving at a depot located at the north end of Jefferson Street. 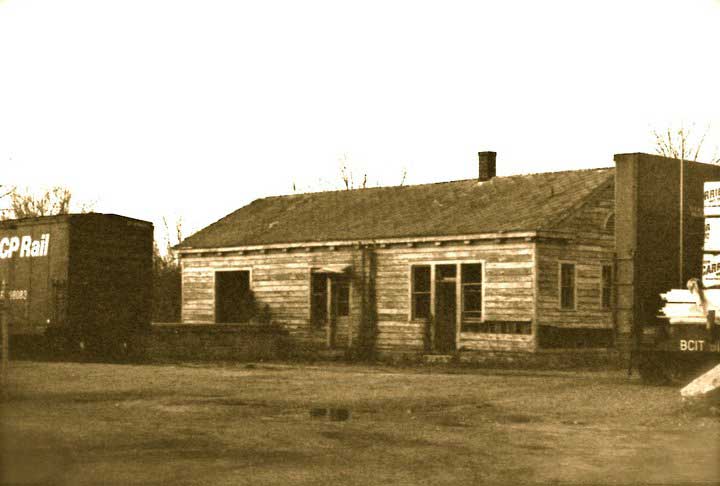 Passengers included students who were said to have had to dodge livestock as they walked to the college located at the south end of the street.  Photographs document another depot building which was demolished in the mid-1970s, and some share stories of a fourth officially undocumented depot structure.